The White House has set up a taskforce to tackle the decline of honey bees.

The Environmental Protection Agency (EPA) and the agriculture department will lead the effort, which includes $8m (£4.7m) for new honey bee habitats.

Bee populations saw a 23% decline last winter, a trend blamed on the loss of genetic diversity, exposure to certain pesticides and other factors.

A quarter of the food Americans eat, including apples, carrots and avocados, relies on pollination.

Honey bees add more than $15bn in value to US agricultural crops, according to the White House.

The decline in bee populations is also blamed on the loss of natural forage and inadequate diets, mite infestations and diseases.

There has also been an increase in a condition called colony collapse disorder (CCD) in which there is a rapid, unexpected and catastrophic loss of bees in a hive.

But other North American pollinators, like the monarch butterfly, have seen decreases in their populations as well. 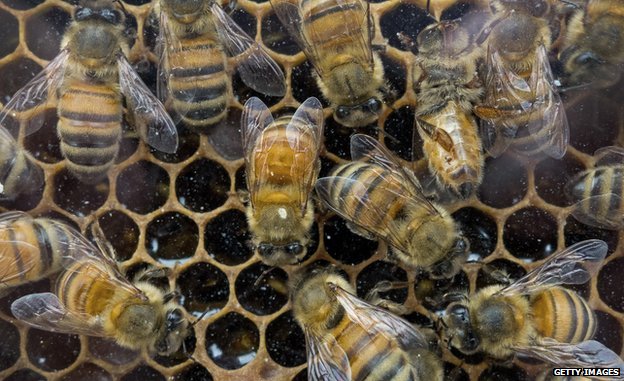 Some environmental groups have criticised the president for not acting more directly, including taking action against neonicotinoids, a class of pesticides linked to bee deaths.

“The administration should prevent the release and use of these toxic pesticides until determined safe,” Friends of the Earth president Erich Pica told Reuters.

In the plan announced on Friday, Mr Obama directed the EPA and the agriculture department to lead a government-wide task force to develop a strategy within six months to fight bee and other pollinator declines.